I will keep this real short. These guys are really on a mission to change millions of lives through their cloning experiment and they were nearly bought out for millions. But they rejected it and wait till you see why.

Learn how to identify and reduce stress with these simple techniques, here at Udemy: .https://www.udemy.com/stress-reduction
Image Wallpaper from the conscious life: http://theconsciouslife.com/zen-wallpapers-for-desktop.htm – originated at Deviantart: http://faridee.deviantart.com/art/Stream-150828549 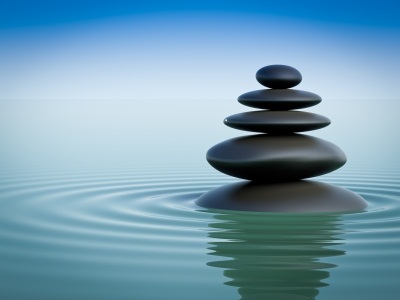 To be launched at the end of September or early October, 2013. Watch this space.

Please see this link about Vocational Skills in High Demand: 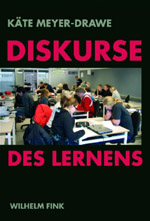 “Preparing an abstract for a presentation at SFU’s Ed. Summer Institute, and have been inspired by Diskurse des Lernens (Discourses of Learning) by Käte Mayer-Drawe. Here’s my translation of a page from the introduction:

Learning begins… where and when that which is familiar loses its utility and that which is new is not yet useful: “when the old world is, so to say, abandoned, and a new one does not yet exist” (Mead). Its path leads not from shadows to the light; instead it brings one into the twilight, at a threshold between no longer and not yet. From a pedagogical perspective and in the strictest sense, learning is an experience. This is the central thesis of this book. As simple as this may sound, its implications are both subversive and anachronistic. Disruptions, difficulties and other inadequacies are unpopular…a pedagogical theory of learning that focuses on inefficient uncertainties can have particular meaning.”

Joint venture builds on MITx and Harvard distance learning; aims to benefit campus-based education and beyond.

Announced on the Harvard Gazette.

“Harvard University and the Massachusetts Institute of Technology (MIT) today announced the launch of edX, a transformational partnership in online education. Through edX, the two institutions will collaborate to enhance campus-based teaching and learning and build a global community of online learners.”

From Society, Networks and Information to Mathematics and Statistics and others in between.

Go and see for yourself.

Today I am sharing information about three new Education start-ups from an article by Nick DeSantis from The Chronicle of Higher Education: The first is a transfer college called Altius Education (a very much needed idea for South Africa, with our problematic achievements in Grade 12). The second is OpenStudy which has focused on soft skills, again an area requiring attention in South Africa. The third is about Sophia a social learning platform purchased by Capella Education System.

“The theme of disrupting higher education was buzzing among hundreds of conference attendees this week at the Education Innovation Summit at Arizona State University. The event offered start-up companies a captive audience for pitching their products. Here’s a small sample of announcements they made:

Altius Education: This company has already gained prominence among educators for its creation of a “transfer college,” which gives students a bridge to a bachelor’s degree by helping them transfer to traditional four-year institutions. And now the chief executive of Altius, Paul Freedman, has bigger plans—he wants to put “the flying car of higher education” in the driveway of every student. The engine, he says, is called Helix, a new tool that seeks to reinvent what learning-management software can do…

OpenStudy: Traditional grades are one-dimensional. Transcripts don’t convey how good students are at working with others and

solving problems. That’s the argument made by the leaders of OpenStudy, the social-learning network that calls itself a “global study group.” To fill in those gaps, the company has introduced SmartScore, a measurement of “soft skills” including teamwork, problem-solving, and engagement. In a blog post that previewed SmartScore’s introduction, OpenStudy’s co-founder, Preetha Ram, said the tool would ‘challenge the traditional notions of intelligence normally quantified by grades…’

Sophia: The social platform for teaching and learning was purchased this week by Capella Education Company, the parent of the for-profit Capella University. The partnership means Sophia will roll out low-cost college courses online, beginning with a college-algebra course in June…”

How to Reduce Stress

We are here to inform and inspire.

The Art of Blogging

Dance In The Dark