From International Hub – The Guardian – article by Sarah Duff 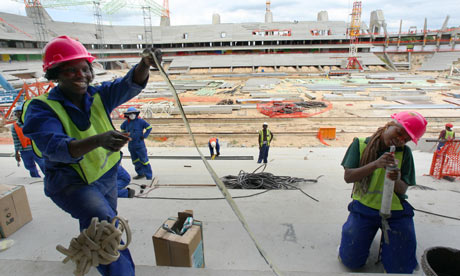 “The end of the first week of teaching in the South African academic year is an experience that any academic at any university around the world would recognise: the chaos of finding timetables and new lecture venues …

…In January, Angie Motshekga, the minister for basic education, announced with some fanfare that 70.2% of the pupils who sat the examinations for the national senior certificate – usually referred to as matric – passed. In a country with high levels of deprivation and poor resource allocation, this appears to be a magnificent achievement.

“…despite the fact there are about 600,000 unemployed graduates in South Africa, university education is seen as the only pathway to employment. I would rather the department of higher education and training invested in FET colleges …”

However, I would like to point out that these moves are already taking place – see South African Education Green Paper. This is a major focus of Dr Nzimande, Minister of Education. The Green Paper is available for download at the following link which also has a great article: Scholarly Communication in Africa Programme: http://www.scaprogramme.org.za/2012/02/the-green-paper-for-post-school-education-and-training-in-south-africa/

To read more of Sarah Duff’s article follow the link below:

“Some of the views in the report point directly to the kinds of policy questions that are preoccupying governments – and employers – eager to match skilled jobs with skilled workers.

According to the young people cited in the report:

The above links closely to the New South African Post-Secondary Education Green Paper. However, in my view not all education programmes should be tailored to labour market needs – we should avoid commodification and flattening of all Higher Education to a labour market technicist paradigm.

What do you think?

Employers who pay PAYE are obliged by National Legislation to contribute 1% of their wage bill to the Skills Levy Fund. The Mandatory Claims provision of this fund enables employers to claim back 70% of this amount on educating/training current employees. Since most employers are not claiming this amount the funds become available for payment under the Discretionary Grant provision. This means that the Discretionary Funds become available to competitors who are investing in the knowledge and skills development of employees. Those companies who are not training are weakening in a very competitive market, especially in these very difficult economic times.

If Skills Development Facilitators submit Workplace Skills Plans that include accredited courses from accredited providers, companies can properly reclaim on their skills levies paid, and position themselves for a strong competitive advantage when the economy “turns”.  If training budgets have been cut, then this is the time to make full use of the Skills Development Fund. This is the magic moment, as the economy “turns”, to begin to train staff and secure a strong position for your company, ensuring improved employee relationships and staff who are able to align their personal goals with that of the company, whilst meeting equity and skills training targets. In the words of Dr Nzimande, workplaces need to become “training spaces”. The time is now.

Get 10% off for all development work secured in March.

Go here for a video on workplace listening skills:

“In OECD countries, many young people enter vocational programmes at upper secondary level. Sometimes these programmes are linked to workplace training, and sometimes they are formal apprenticeships, alternating on-the-job learning with school-based training.   Despite its international diversity, some common issues and challenges remain. For example:

Learning for Jobs, the thematic review of initial VET, looks at these issues among others. The work got under way in 2007 and, following 17 country reviews across the globe, was completed with the publication of a final comparative report in 2010.” 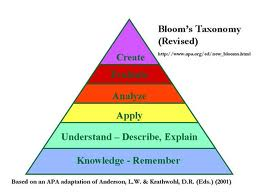 The cognitive domain, (Bloom, 1956), involves knowledge and the development of intellectual skills. Domains can be thought of as categories. Trainers/Facilitators often call these three categories KSA, (Knowledge, Skills, and Attitude). This taxonomy of learning behaviours can be thought of as “the goals of the learning process.” That is, after a learning episode, the learner should have gained new skills, knowledge, and/or attitudes.

See below a guide to writing learning objectives in the Cognitive (Knowledge Domain) – Level 1:

who, what, why, when, omit, where, which, choose, find, how, define, label, show, spell, list, match, name, relate, tell, recall, select

How would you show …?

Who were the main …?

How to Reduce Stress

We are here to inform and inspire.

The Art of Blogging

Dance In The Dark